A business continuity plan enables an organization to respond to threats and disasters without crippling its core business operations. The goal is to assemble a set of policies, processes, and procedures that help you survive an emergency while incurring as little downtime as possible. As the numbers indicate, failure to prepare can be a costly endeavor.

Outages + Down IT Systems = Big Losses

Modern day businesses are heavily dependent on their IT systems and without them, they stand to lose big. According to a study by CA Technologies, companies in North America and Europe experienced roughly 14 hours of IT downtime per year. Doesn’t sound like much until you realize that it translates to more than $26.5 billion in total loss revenue and $150,000 annually for each business. Some lose thousands. Others part with millions. Many suffer massive losses they can’t afford to lose.

Plain and simple – unplanned outages hit companies where it hurts by hindering their ability to produce. And not even the biggest of enterprise giants are spared any mercy. Research by credit reporting agency Dun & Bradstreet shows that 59 percent of Fortune 500 Companies suffer from at least 1.6 hours of downtime per week, which can potentially translate to a loss of $46 million in labor costs per year. The losses tally up quickly when considering how lack of production factors into the inability to generate revenue, execute marketing strategies, and deliver on service level agreements.

“It” happens in IT, and most experts realize that the consequences of not being prepared are dire. The aforementioned CA Technologies study revealed that 87 percent of organizations admitted that their inability to recover data following a disaster would be damaging to the business. Despite knowing the risks, an alarming number of key decision makers are still dragging tail on disaster preparedness. For example, 56 percent of organizations in North America said that they lack a comprehensive disaster recovery plan.

When it comes to avoiding disaster, the numbers suggest that larger organizations are far better prepared than their smaller counterparts. According to a survey by conducted by DataBarracks, 70 percent of small businesses in the UK said they have no business continuity plan in place. Furthermore, over 40 percent had no plans of creating one within the next year. That’s in comparison to the 54 percent of medium and 73 percent of large organizations that actually did have a plan for business continuity.

As far as failing at disaster recovery goes, size doesn’t seem to matter. Poor planning is apparently an issue that plagues companies of all sizes. A survey conducted by FalconStor Software found that 60 percent of businesses still use tape or other manual processes while only 21 percent of respondents have an automated disaster recovery solution. Perhaps even more disturbing is that a mere 37 percent of organizations admit to regularly testing their disaster recovery plan. The big takeaway here is that regardless of size, many companies are ill equipped to meet their recovery time objectives.

So why do so many organizations seem to struggle at business community management regardless of size? Poor planning is definitely a big part of it, but the easy answer is that they’re simply overwhelmed by the challenges. A Business Continuity Central study pointed to lack of resources (35.6 percent) and lack of commitment by top-level management personnel (16.4 percent) as the biggest challenges. Lack of time, staffing issues, and low priority were cited as other challenges that hinder business continuity management.

Top Downtime Causes: The Culprits of IT Outages

The term “disaster” often sparks images of unfortunate forces of nature. Natural disasters are surely a factor, yet represent merely one of several threats to availability for businesses. In 2013, Emerson Network Power and the Ponemon Institute teamed up to examine the hard fundamentals of data center outages. Below we further explore what their research consider to be the main causes of downtime.

UPS battery failure was reported as the number one cause of data center downtime in this particular survey, accounting for 55 percent of outages. Mission-critical IT systems depend heavily on UPS components and their respective batteries to provide backup power in the event of a power outage. If proper redundancy has not been applied at the UPS level, all it take is one bad cell to cripple a facility’s entire backup system.

Human error was responsible for 48 percent of reported outages. A perfect example of this would be an employee accidentally deleting an entire mailbox on the corporate Exchange Server. Without a disaster recovery solution in place, such a mistake could have the company out of sensitive data and leave the blundering employee out of a job.

IT equipment failure was found to be the culprit behind 33 percent of unplanned outages. Businesses poor big dollars into buying the best in class servers, hard drives, and network hardware to make their IT infrastructures as resilient as possible. Every little effort helps, but there’s no predicting when a faulty piece of equipment or security breach will spark a widespread outage across the network.

Weather related disasters accounted for just 30 percent of downtime. You may find the number for this category is considerably lower in other reports. However, though earthquakes, hurricanes, and tornadoes don’t strike at the frequency one might assume, their impact is unmatched in terms of cost and total devastation.

How Businesses Respond to Downtime

Being able to respond is one of the most important elements of business continuity planning. The Emerson study provided some detailed insight into how organizations go about addressing outages. According to the report, repairing (66 percent) and replacing (58 percent) infrastructure equipment were the two most common responses. Pouring additional money into infrastructure equipment and contacting vendors for additional equipment were also prevalent with a respective 45 and 44 percent of the responses. Be it hiring a third-party to investigate the problem or installing a new security system, going into response mode is where disaster recovery gets costly.

Downtime Beyond the Numbers

The effects of downtime can be difficult to quantify by traditional means. That doesn’t make them any less damaging. In some cases, organizations often find themselves measuring downtime by individual factors as:

Wake Up and Backup!

We’ll go back to Emerson’s data to visit what might be the most compelling stat of this entire article: 91 percent of companies experienced an outage within a 24-month window. That means you’re almost guaranteed to have some downtime you didn’t plan on. These kind of numbers should serve as a wakeup call to business leaders and IT professionals carrying on with teflon-grade confidence. While you can’t always avoid them, you can minimize the impact of outages by designing a comprehensive backup and disaster recovery strategy. 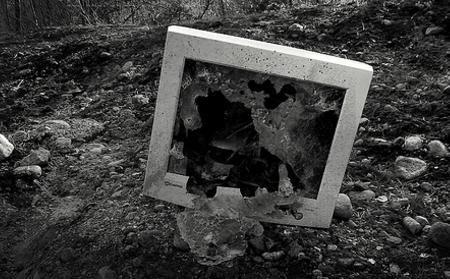 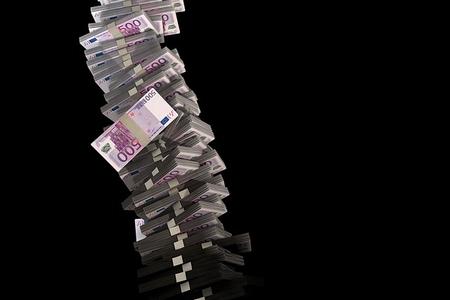 Back to Basics: The Importance of Business Continuity Planning by the Numbers